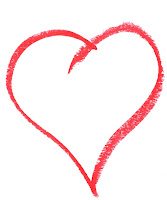 I've been hesitant to do a post on this for a number of reasons. First, many Odyssey fans have heavily discussed this topic already. Second, I didn't want to drive any readers away because our opinions differ. Third, romance is such an overused topic in society that I didn't want to drag it into AIO.

Then I disregarded these reasons.

Odyssey has often had romance in it. Let's go through the timeline. I might miss some episodes so forgive me. I'm trying my best. But the majority of these are my favorites. Is it a coincidence that they all have to do with love?

*Feb. 13, 1988- Bobby's Valentine. This episode was made in the "classic" era of Odyssey. This is under Odyssey USA. Vintage. Anyway, the episode is about a kid dealing with an unwanted crush from a girl. After a number of amusing mishaps, in typical 80s sitcom form, he consults Whit for advice about girls and crushes. It's an ordinary episode but I'm including it in the timeline because it is about romance.

*April 27, 1990- First Love. This episode was one of the first mature Odyssey episodes. It started off lightly. Connie met a guy named Jeff, they became friends, and eventually started dating. To spend more time with him, Connie starts skipping out on church and Bible studies. Connie's friend, Cheryl, is the first to question Connie about this behavior. Then, Whit talks to Connie. He explains the dangers of a Christian dating a non-Christian. Connie makes the difficult decision of breaking up with Jeff. To me, this episode is an important one for everybody to listen to. Every Christian, regardless of age, needs to understand the lesson emphasized in this episode.

*January 4, 1994- Truth, Trivia, and 'Trina. This is the episode where Eugene meets Katrina! A monumental episode. They met in a library. Isn't that adorable? Eugene and Katrina had instant chemistry and the listener could automatically tell how good she was for Eugene. This is an important episode for two reasons. First, this episode introduced Eugene's future wife. Second, this episode introduced a woman who Eugene didn't need to impress with his intelligence. Besides the people at Whit's End, not many were able to look past Eugene's intelligence and focus on his personality. This episode made the foundation for Eugene and Katrina's story.

*May 1, 1994- It Began With a Rabbit's Foot and Ended with a Handshake. This is a vital part to the Eugene and Katrina Saga. In these episodes, Katrina became a Christian, Katrina found out about Eugene's feelings for her, in a panic, Eugene told Katrina that he just wanted to be friends, and (in a horrible twist of irony) we found out that Katrina had some feelings for Eugene but decided to stay quiet about them. It's an excellent episode and one of the last where we hear Hal Smith.

*July 8, 1995- The Turning Point. This is a killer of an episode. It's another in the Eugene and Katrina Saga. Not to mention, Jack is in the picture while Whit is off in Israel. In the episode, Katrina's father visits. Eugene panics and wants to make a good impression. He doesn't. But what concerns Katrina's father is how her "friendship" with Eugene is affecting her. Katrina wants to date Eugene but she can't because he isn't a Christian. Katrina's father suggests that she move back to Chicago so she can take a break from Eugene. She moves back to Chicago. The goodbye scene between Eugene and Katrina is heartbreaking.

*October 28, 1995- Love is in the Air 1&2. This two parter is for sure on my Top Ten list. A lot happens in this episode. We meet up with Tasha again. She comes to Odyssey to visit Jason. ( Tasha is a NSA agent and she's a good friend of Jason's. We also know that they are kinda in love with each other) In addition to this, Katrina comes back to town which causes Eugene to panic. After a cringe-worthy scene where Connie and Eugene are caught hugging and then Eugene blurting out that Connie has a crush on Jason, Eugene and Katrina finally have a talk about their relationship. On the other side of town, Jason proposes to Tasha. Naturally, there's drama and it finishes out with a romantic race to the airport. I adore this episode. Jason and Tasha are my favorite Odyssey couple and I love seeing any kind of Eugene and Katrina action.

*May 4, 1996- A Question About Tasha. This is another one on my Top Ten list. As I said, Jason and Tasha are favorite couple. Sadly, they weren't in many episodes together. This is an episode where they were the complete focus. In this episode, Jason and Tasha decided to get married tomorrow. Connie helps Tasha make the arrangements but Jack is the only one not excited. Jack asks Jason if Tasha is a Christian. Jason can't give a definite answer so he and Jack get into fight. Jack refuses to be at the wedding and Jason storms out of the shop. He takes Tasha and they go to elope while Jack tells Connie about how his late wife wasn't a Christian. Jason and Tasha talk about her faith and their future. This causes Jason to realize that he needs to marry a Christian. He and Tasha postpone their wedding. This episode is so good because it teaches a really good lesson about marriage that a lot of people don't understand. A Christian marrying a non-Christian will guarantee a future filled with hurt and conflict. The writing in this episode is phenomonal and the acting is amazing. The end scene with Jason and Tasha is bittersweet and touching. Yet as much as I loved that end scene, Jack stole the episode when he talked to Connie about his wife. It was so moving. It actually brings a rare tear to my eye. Just thinking about is getting me a bit emotional.

*September 6, 1997- For Whom The Wedding Bells Toll 1&2&3. Another one of my favorites! (Sensing a theme?) This is a classic. Somebody is getting married! It's either Eugene and Katrina, Jack and Joanne, or Whit and Margaret Faye. The majority of the story is told in flashback and it is told by Connie to Jason on the way back from the airport. First of all, it's a hilarious episode. Secondly, the whole Odyssey crew is in it. Whit, Connie, Eugene, Tom, Bernard, Jack, Jason, and Katrina. Thirdly, it features the brilliant chemistry between Connie and Jason. And lastly, we get to see more interaction between our favorite couple, Eugene and Katrina! I'm not going to even attempt to summarize the episode. Just listen to it. I highly recommend it.

*April 9, 2001- The Triangle 1&2. My favorites list is a bit long but this one is for sure on it. It dealt with a line that Jack mentioned in "For Whom The Wedding Bells Toll". He implied that he dated Jenny (Whit's late wife) before Whit "stole" her. Eventually, the fans got this two parter to answer their questions about that line. This two parter is all about how Whit met Jenny and how she was Jack's girlfriend. We even get to briefly meet Jack's first wife, Emily. This is a well written episode that deals with love and heartbreak. Good acting all around. I loved the chemistry between young Whit, Jack, and Jenny. Excellent episode.

*February 10, 2007- Prequels of Love. In this episode, Bernard and Bart Rathbone tell the story of how they met their wives and Whit talks about how he proposed to Jenny. This a hysterical episode that is filled with some very sweet moments. If you like jokes about chicken suits, emergency rooms, phone scams, and psychology, then this is the perfect episode for you.

I know that there were probably several episodes that I missed but these were the ones I could think of off the top of my head. Not to mention, most of these are my favorites.

Odyssey has always handled romance well. Not all Odyssey fans may be concerned with love and marriage but by listening to these episodes, they now have a good foundation for their future relationships. That's really the greatest part of AIO. They provide a great foundation for understanding the Bible, people, romantic relationships, and life. This is just one of the many reasons to listen to Adventures in Odyssey.

(By the way, don't ask about the weird, big font in the beginning. I have tried everything to fix it but it refuses to cooperate)

For those of you who don't know this, Odyssey has different seasons. There's a fall season and a spring season. But, when episodes from album 56 were airing in the fall, we were told that album 57 wouldn't come out at the expected time of spring 2013 but fall 2013. Needless to say, nobody was happy to hear this news.

If you look on the message boards, you will see there has been a lot of speculation about Album 57. The two main message boards I frequent are ToO and the Soda Shop. On both sites, there are threads about Album 57 that are pages and pages long. This speculation has been going on since December and will probably keep going until the fall. Let me tell you, there have been some interesting theories flying around the Internet. 99% of these theories are about the mysterious three parter called "Life Expectancies". Let me try and list all the ones I have come across.
-Bill Kendall is dying
-Bill Kendall introduces a new half sister or step sister to Connie
-June Kendall is dying so Bill Kendall moves to Odyssey to be there for Connie
-Connie is pregnant
-Connie is meeting Bill's new girlfriend Jules
-Connie has some kind of hereditary disease
-Jules is Connie's twin
-Connie gets engaged.
-Katrina finds out she's pregnant in the episode "Your Servant Is Listening"
In short, nobody has any clue what album 57 will be about.
The Odyssey team has done an excellent job of keeping this album under wraps. Nobody knows anything. All we know is that it features the Get In The Show contest winner Shona and the voice of Bill Kendall. For some reason, nobody can make the connection between these two hints.
The reason all these crazy theories are flying around is because we're all so anxious for new episodes. What else are the fans going to do? The AIO team pushed back the release date for the album! Any writer or producer knows how risky of a move that is. Fans either get anxious or annoyed.
I have some speculations about Album 57 but I'm not going to share them. That would fan the proverbial fire, right?
Besides, the speculations don't matter to me. All that matters is that I'm psyched for Album 57. Bill Kendall's return, the Biblical episode about Samuel, and the mysterious episode called "Life Expectancies" give me high expectations for this upcoming season. I'm sure all Odyssey fans share my feelings. We can't wait for October.
Posted by Victoria Donahue at 9:06 PM 2 comments: